It looks like that I found a bug in Configuration Manager version 1610. After update my clients from version 1606 some folders/files are orphaned in %windir%\ccmcache.

After I try to cleanup manually using „Delete Files…“ from CM Properties (with checked „Delete persisted cache content“ to be sure) folders newer than 12/06/2016 are removed:

If I check the content of folder 41 (in this specific machine) I can see, it’s the one with ccmsetup.exe from version 1610: 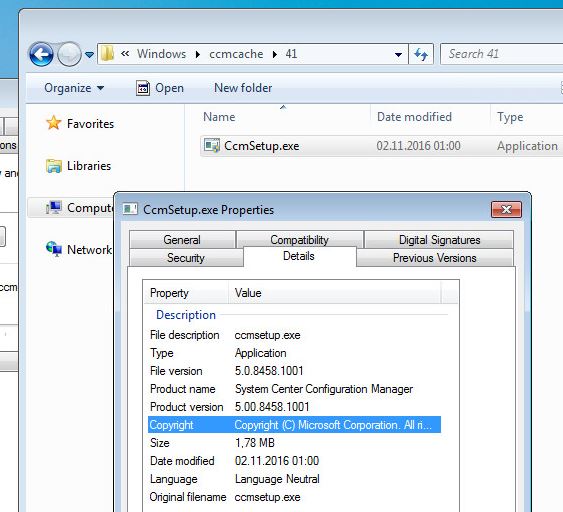 All my clients have the same issue. I will report this to Microsoft and some people at Twitter and TechNet Forums confirmed the same behavior in their environments. This is no big issue, ConfigMgr still works and I can deploy software. Maybe I will cleanup this orphaned files using Compliance Settings in a later step…

I did another test -> Client Cache is set to 8GB. After 1610 was installed, I had ~5GB orphaned stuff in ccmcache but it was no problem to deploy a package with 5GB total size… At this point I think it will be no problem to cleanup the old stuff by script. 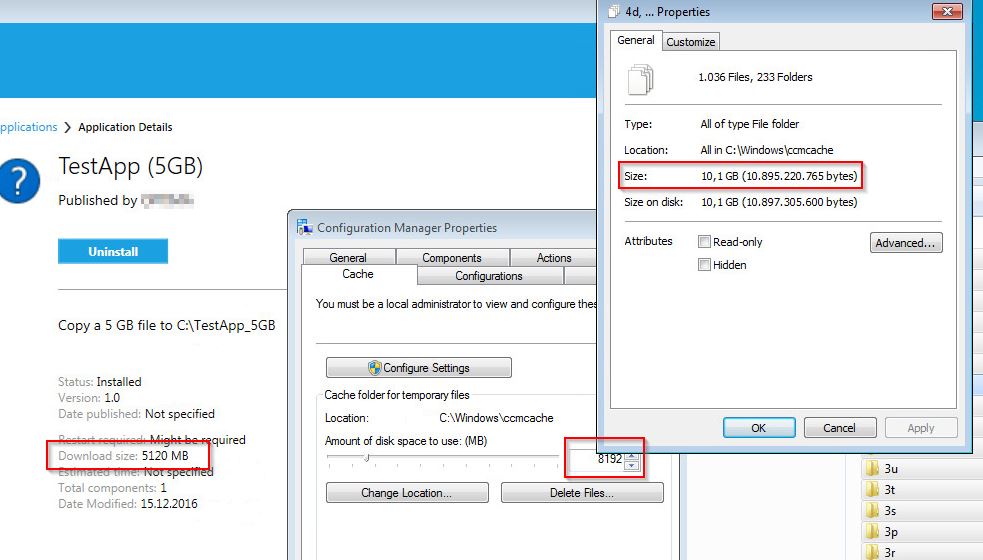 Microsoft released an update for this bug: KB3124042

After clients upgrade to Configuration Manager, version 1610, the contents of the CCM Cache folder (%windir%\ccmcache by default) are orphaned. Although the files are still present on disk, they are not available for application installations and will not be managed or deleted by the client.

Installing this update prevents the cache issue on future client upgrades. Previously upgraded clients will redownload applicable content, and any expired content can be manually deleted as needed.